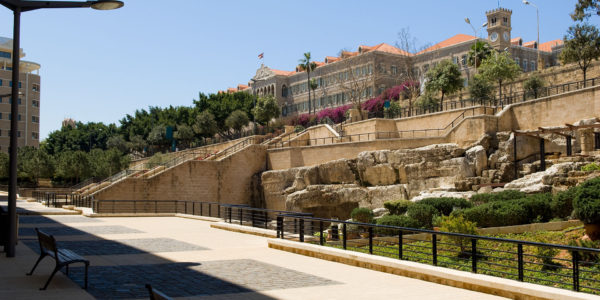 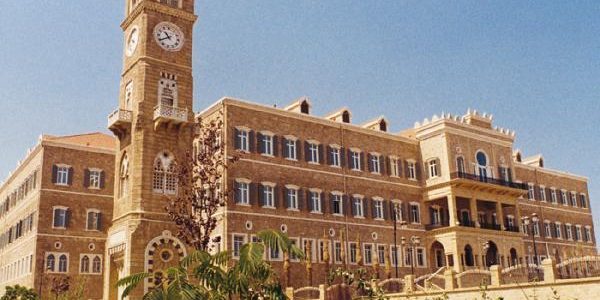 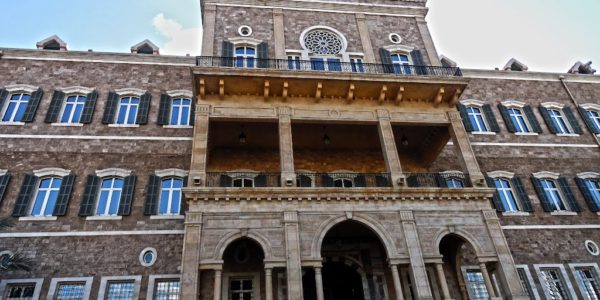 The Grand Serail covers 40,000 m2 of floor space, which comprise the Prime Minister’s residence and office, offices for his staff, as well as the cabinet room and ministers’ offices. The ground floor consists of a banquet hall, two reception areas, a press-room and a courtyard. The underground level includes a car park, offices, rooms for personnel and bomb shelter.

Beirut: The Grand Serail (in Arabic, Al Saray Al Kbir) is the official headquarters of the Prime Minister of Lebanon, located north of Riad Al Solh Square and a few blocks away from Nijmeh Square where Parliament is located, in Downtown Beirut. It is one of the last standing Ottoman structures in the country, along with the Hamidiyyah clock tower in front of it, as well as the Ebrahim Basha Mosque on the coast in Jbeil (Byblos).

Ebrahim Basha and his Egyptian military contingent that occupied Beirut in 1831 settled on the hill where the imposing building rests today on account of its strategic location. The high hill overlooked various souqs — today known as the Shari‘ Al Massarif [Banks Street] — where military barracks were set up to control the small city and, simultaneously, oversee access to the sea. Modern high-rises obscure the view to the Mediterranean but in the early 1840s, the building was visible from wide distances, and all passengers of ships that docked in the harbour had an impressive view of the imposing structure that overlooked the town.

When the Ottoman Empire gained full control over Syria in 1840, at a time when most of Lebanon was part of that land, military authorities set up a military base and erected a one-storey building to use as the headquarters of military and civilian departments. Over the years, various expansions turned the facility into the headquarters of Ottoman governors, though for Beirutis it was always a garrison.

The barracks were fortified in 1856 when a second floor was added and, between 1877 and 1894, major structural modifications were made which gave the Serail its final form.

With the collapse of the Ottoman Empire in 1918, the Grand Serail housed the leaders of the short-lived Arab Revolt. British General Edmund Allenby, the Commander of All Allied Forces, appointed a French officer as Governor of Lebanon as the nascent republic fell under Paris’ nominal control.

At the height of the 1975-1990 Civil War, the Grand Serail and adjacent buildings were looted and systematically destroyed until Prime Minister Rafiq Hariri invested in its reconstruction and renovation. The Grand Serail, along with the Hamidiyyah clock tower in front of it, were formally inaugurated in their current condition in 1992.