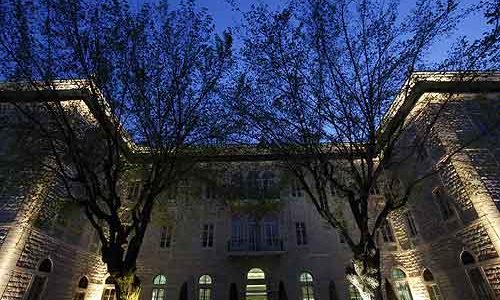 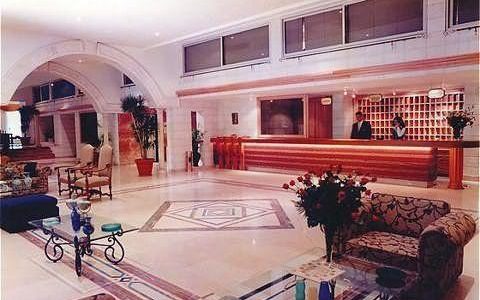 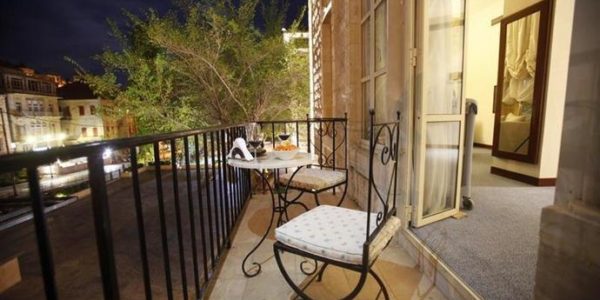 The grand Hotel la Kadri is a prime example of the traditional stone architecture of Zahlé, both in and out. It has long been used by most officials and dignitaries visiting the town, as its largest and most luxurious hotel. The Ottomans converted it to a hospital during World War I. During the Lebanese Civil War, it was occupied by Syrian troops and sustained enormous damage. An ambitious restoration project in the mid 90s was able to bring it back to its former glory.

The restoration works consisted of building a new 5 stories concrete structure inside the existing historical facade. in addition, a new underground parking area was implemented under the historical building.

Grand Hotel Kadri is a historic Landmark in Lebanon. Situated in the center of Zahle, 54 km from the capital Beirut, this hotel overlooks the main river and spring of the city Al Berdawni which has been sung of by poets and writers from different countries.
The historical importance of the hotel goes back to 1914 when Jamal Pacha the Turk entered Kadri Hotel and took it for his headquarter and turned it into a hospital for his army.

At the end of the World War I, France was mandated to rule Lebanon in accordance with the famous Sikes-Picot Treaty. General Gouro announced once again from Kadri Hotel, on August 3, 1920 the annexation of the four juridiciary areas: the Bequa, Baalbek, Hasbaya and Rachaya and considered them the basis of the Grand Lebanon which he declared in Beirut on the first of September 1920.

Later on, in 1942 the hotel was visitedby the General de Gaulle during his round on the Lebanese villages to assure its people that the victory in the World War II was imminent. Throughout its history Grand Hotel Kadri has also been a source of inspiration to famous men of letters and artists such as the Poet Laureate Ahmed Chawki who wrote his infallible Neighbor (Ya Jarat Al Wadi), Abdel Wahab, Oum Koulthoum and Feyrouz… Devastated during the war, it was renovated to original splendor and more by The Owner Engineer Sleiman Habib Haddad and was inaugurated by His Excellency President Elias El Hrawi in August 14th 1997.